Behold The Tiny Target: Why Small Stores Are A Big Deal For The Retailer’s Future

When Target unveiled its new strategic plan last month, along with a $4 billion annual spending commitment to make it happen, arguably the biggest part of the announcement was actually something small. Specifically, it was the retailer’s almost singular focus on continuing to build out its fleet of small-format stores — particularly on college campuses and urban streets, where its famed red bullseye has been largely absent.

In fact, of the 30 new stores that Target opened last year, all but one of them was a small-format or college campus store, which CEO Brian Cornell said was a record for the company’s downsizing initiative, which took root in 2014 with the little local store it opened near the University of Minnesota. 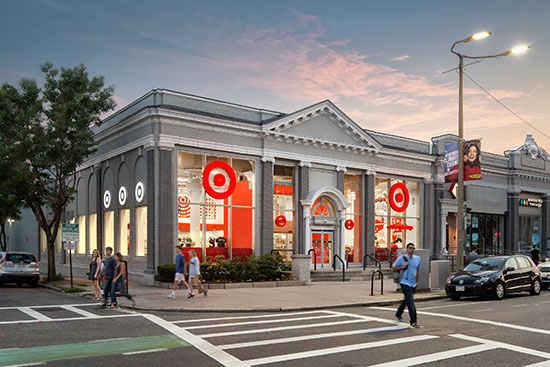 In its ongoing bid to serve customers from new neighborhoods at a time when ease, safety and convenience are more important than ever, Target’s leadership said it planned to repeat the so-called tiny Target trend for years to come.

“In 2021 and beyond, we’ll ramp up the pace over the next few years with plans to open 30-40 stores annually. Plus, we’ll keep remodeling our existing stores, with a goal to complete about 150 remodels by the 2021 holiday season and grow to more than 200 each year beginning in 2022, incorporating safety elements and modernized design,” the company’s strategic plan states.

How Small Is Small?

“In urban centers such as New York City, Los Angeles and Portland, Target will open more small-format stores to reach new guests,” the company said, while in “dense suburban areas surrounding cities such as Denver or Brooklyn, Target has identified sites for new mid-size stores to serve new guests that fill retail gaps.” 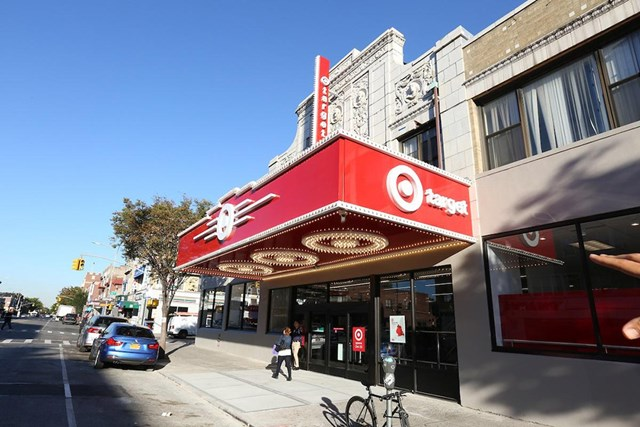 And then there’s Target’s student play, which puts a scaled-down store with a curated selection of student-favored goods right in the middle of a busy campus that sees 10, 20 or even 50,000 pedestrians passing by most days. It’s a strategy that Target said offers near-term benefits while sowing the seeds for long-term customer loyalty well after college ends.

“Across college campuses, including the University of Georgia and the University of Michigan, Target will open new small-format stores to introduce its unique shopping experience to new, college-aged guests to form lifelong relationships,” the company said.

As Target builds and remodels stores, it is simultaneously upgrading and expanding its final-mile logistical capabilities, with plans to open four additional fulfillment centers in the next two years. The company is also using its roughly 1,900 locations — both large and small — in its “stores-as-hubs” sortation center model, which it is piloting in Minneapolis and plans to expand to five other cities this year.

“With this new last-mile capability, the sortation center collects online orders from local stores multiple times a day and sorts them into efficient routes for carrier delivery,” the new plan states. Pulling the sorting activity out of the back room not only adds efficiency, but also gives store associates more time and space to fulfill other orders. “This process increases store fulfillment capacity, reduces last-mile fulfillment costs and speeds delivery to guests,” the company said. 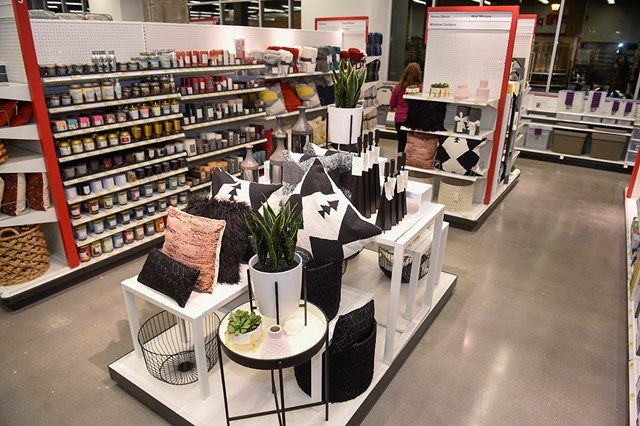 As far as the small stores are concerned, Target said they are far less formulaic than the large boxes it operates across the country, noting that each is unique and tailored to meet the hyper-local needs of a particular neighborhood or demographic. Because these smaller spaces cover a lot less ground, Target said its teams actually have to be “extra efficient” when planning how to stock the shelves.

“We do plenty of research to understand the surrounding community and its needs,” the company’s plan states. “So a small-format [store] located near a bustling tourist shopping destination might have a vastly different assortment than another store just six blocks away, located in a residential area with lots of families with kids and babies.”

Brands Connect To The DogEconomy